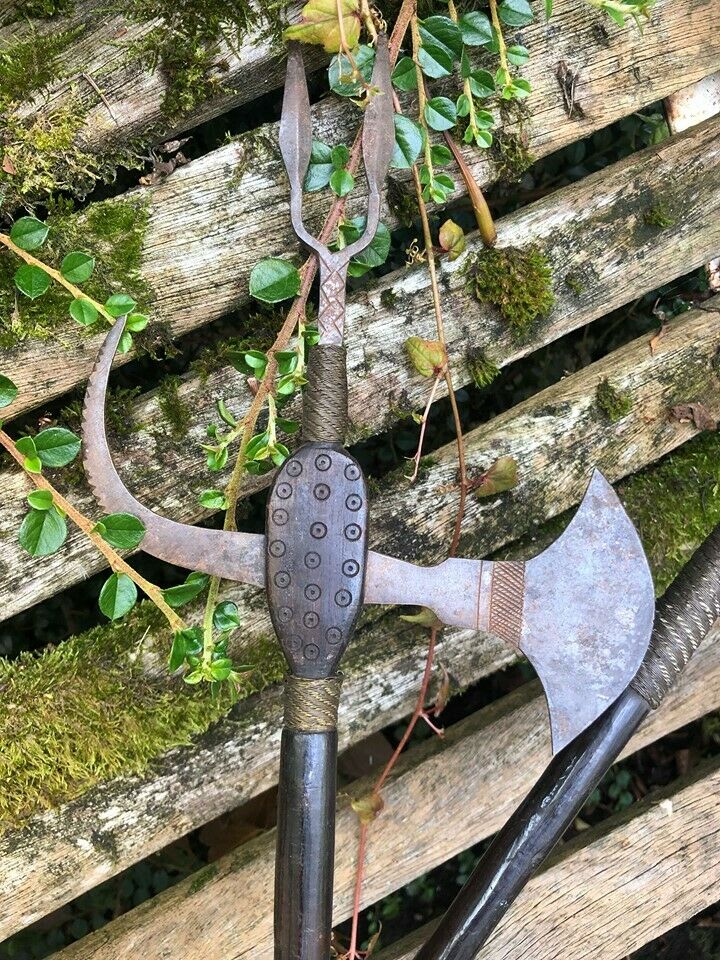 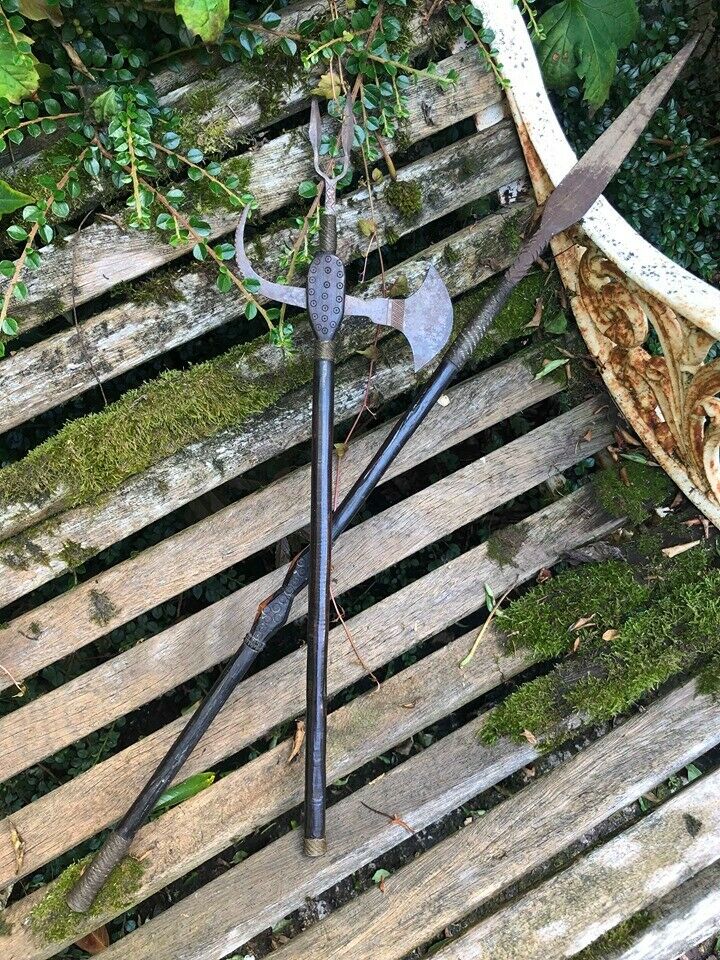 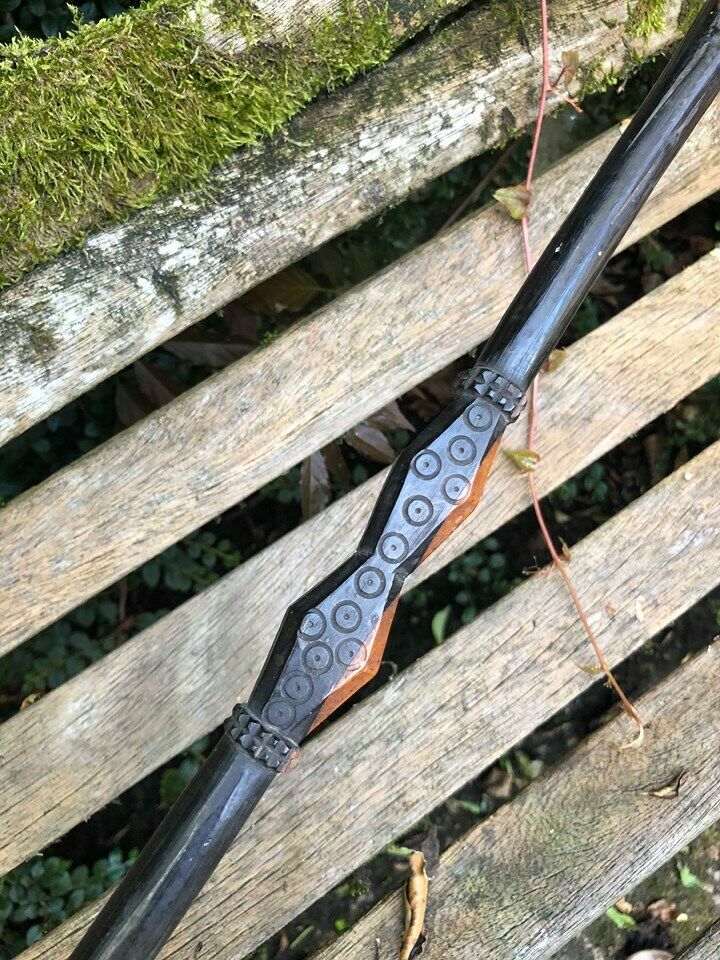 SHONA CEREMONIAL SCEPTER’S HISTORICAL CONTEXT
The Shona tribe is based from the north of Zululand, in Zimbabwe, Southern Africa.  The Shona tribe had a tough history involved in fighting local neighboring tribes such as the Zulu,  the Portuguese, and the British as well. Just like the Zulu, the Shona people during the 19th century had a war like disposition probably due to the invariable conflicts they faced.

Shona prestige axes, like the one above, known as “GANO” were ceremonial scepters that were typically owned by men with high social status such as Chiefs, Traditional Healers, Spiritual Leaders (highly respected in the Shona culture) and Kings. The two scepters definitelly belonged to someone extremely important because of the following:

The staffs/scepters are fragile and have been confused as battle weapons because of their look. In fact, any brute force can easily damage them so extra care has to be applied at all times.

A prominent Spiritual Leader from Zimbabwe known as Chaminuka from the 19th century (approx same age as the axe and spear, by the way) is said to have had two staffs/scepters which remains a big mystery in Zimbabwe today.  Legend has it that whoever is in possesion of the two staffs could potentially rule the country. Could these be the missing ceremonial staffs?

A beautiful, intense, deep, tribal patina, and with brass thread which was ingeniously wrapped around the handle. The wood consists of highly stylized carving including intricate copper wirework

WOOD
The wood is dark dense exotic wood which was very popular and used for furniture. The tree that is used produces a hard kind of wood with a black heart-wood surrounded by a lighter layer of sapwood. In Tanzania it is called ‘Mpingo’, or African black-wood. The ebony is not used because the black heartwood does not grow large enough in this part of Africa. This tree has always been reserved for artistic uses and today felling is regulated by the state. Carvings are made from an entire piece of the trunk and are therefore limited by the thickness of the trunk. Only the heartwood is used. From time to time a little of the light sapwood is incorporated.

CONDITION
Untouched condition, shows minor traces of frayed and loose strands of wire around the wood attesting to years of use / commensurate to age. Museum quality pieces.