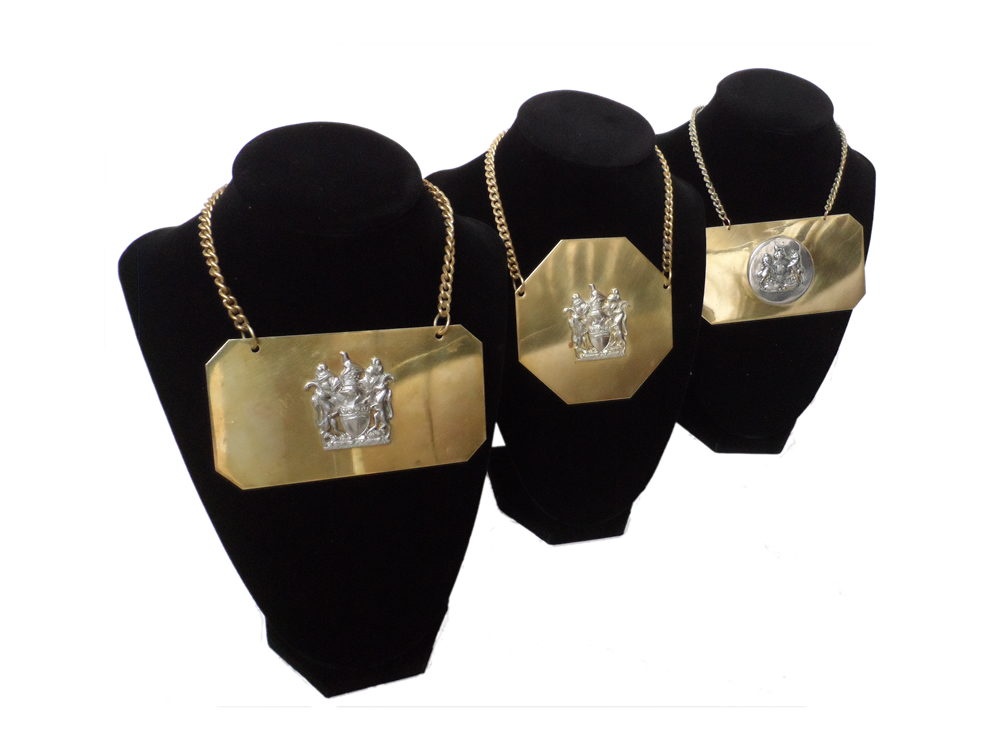 During the colonial period around 1894, the British South Africa Company established the Native Affairs Department, an administration for tribal trust lands and local people of now Zimbabwe. In 1962,  NAtive Affairs Dept. was renamed the Ministry of Internal Affairs (INTAF) a paramilitary wing of the new Rhodesian government. INTAF played a key role in the Rhodesian Bush War collaborating with local chiefs, headmen and village heads in several districts for their own interests.

The Institution of Traditional Leadership

The Chief was given a salary, held courts and had powers to arrest. The chief’s position was and still is typically hereditary . However, there are cases where newly appointed chiefs are selected by the government. The Chief’s gorget is made of brass with a silver coat of arms badge in the middle. Chiefs may also wear a name badge as an alternative. His office consists of messengers who were given distinct green badges of office for use.

The headman is typically appointed by the Chief.  They were given salaries by the state and could hold a court to settle minor civil matters. The headman’s main badge’s rectangular design is very different from the chief’s for clear distinction. They were given alternative badges which were octagonal in shape. The name badge design however is similar to the chief’s except for the color. Rhodesian headman also had messengers who were given badges with same color code: red.

The Kraal Head did not have a court. Their role was mainly for tax collection purposes. The Ndebele name is more fitting for their role. Their badge of office is simple made of brass and printed coat of arms and title.

Feel free to Contact Us if you have any questions about the gorgets we have in stock. 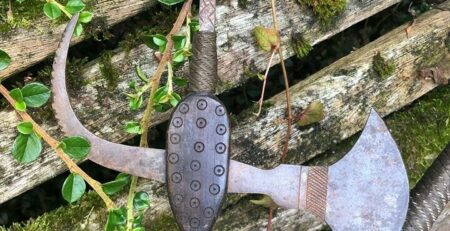