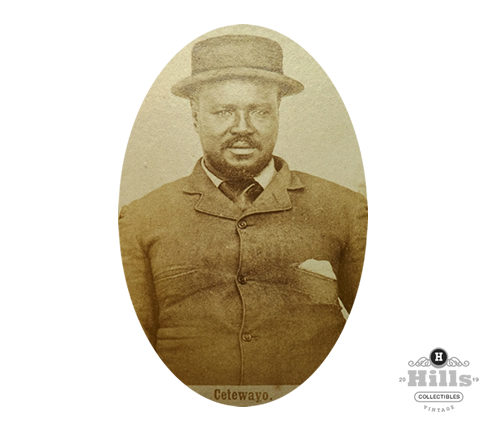 “the earliest historical and social literature on the Zulu Kingdom, its people and culture was written largely by western European explorers, missionaries, soldiers and colonists who were much encumbered with the racial baggage that accompanied so many Victorian documentary narratives of African societies”

The son of Mpande kaSenzangakhona, and nephew of King Shaka Zulu The Great, King Cetshwayo was born about 1832, which was considered a dark and troubling period for the Zulu Kingdom. During his birth, King Shaka was the absolute ruler of the nation, and Mpande was his half-brother. They had a long-running fight with Soshangane kaZikode ( c. 1780 – c. 1858), one of two vassal chiefs under Zwide Ka Langa, to build their own kingdom and dethrone Shaka. Mpande was sent to fix this issue and negotiate with the runaways to annex the newborn king. However, he was defeated by the enemy forces and forced to retreat.

On the day he retreated back to the kingdom, he had learned about King Shaka’s assassination at the hands of Dingane, another half-brother to them. The news troubled him because he would suffer the same fate if he stayed there, so he left for Engakavini, where Cetshwayo was growing up. These were the dark ages that Cetshwayo had to live through; it’s what made him as he was.

Later on, Mpande defeated Dingane in 1840, and shortly after, he announced Cetshwayo as his heir, even before he had become the King. He prioritized this so much that he had introduced Cetshwayo to Boer Volksraad a year before defeating Dingane. After that, Cetshwayo’s father was met with many political affairs and other outside threats, which he avoided and even sacrificed lands to avert fights, which made him look weak. During that period, Cetshwayo gained everyone’s favor by standing out as a brave son of King. It led to a rivalry between him and his siblings. His brother Mbuyazi had most of the support, even from his father, who began feeling threatened by Cetshwayo’s influence. However, even with all the help and forces, Mbuyazi was defeated by Cetshwayo, showing ultimate dominance over others.

The last King to rule an independent Zulu kingdom

Cetshwayo met quite a few wars during his lifetime, first with his brothers and then colonial troops. As brave as he was, he ultimately did not win against them. However, the Zulu won the Battle of Isandlwana showing unrivaled strength but ended up losing the Battle of Ulundi. After a while, when the last remnant of Zulu land was decimated, Cetshwayo was imprisoned in the Cape and was exiled. The Zulu military campaign was most successful and impressive that Queen Victoria requested to meet King Cetshwayo. Upon his return to South Africa, his kingdom and people were already split or divided into smaller kingdoms.