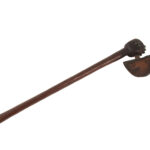 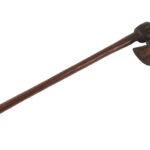 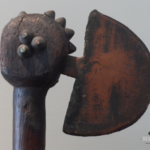 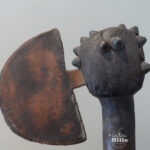 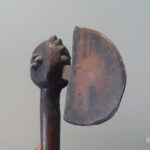 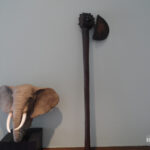 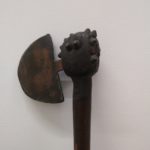 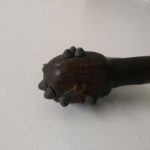 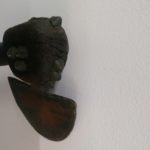 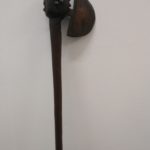 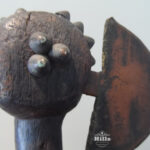 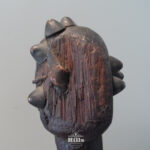 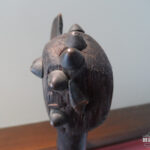 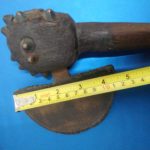 As weapons, the Zulu warrior carried the iklwa stabbing spear and a club or cudgel fashioned from dense hardwood known in Zulu as the iwisa, usually called the knobkerrie or knobkerry, for beating an enemy in the manner of a mace. Zulu officers often carried the half-moon-shaped Zulu ax or axe, but this weapon was more of a symbol to show their rank.

In fact Sub-chieftains (inDunas), duties involved consultations, assignments, and an induction ceremony that marked their transition from boys to full-fledged adults and warriors, the ukuButbwa. Kraal or Settlement Elders generally handled local disputes and issues. Above them were the inDunas, and above the inDunas stood the chief of a particular clan lineage or tribe. The inDunas handled administrative matters for their chiefs – ranging from settlements of disputes to the collection of taxes. In the time of war, the inDunas supervised the fighting men in their areas, forming the leadership of military forces deployed for combat (Wikipedia). Ntabazinduna, a township in Bulawayo is named after these warrior sub-chiefs.

Weapons inlaid with this type of brass tack work were not so common and many did not survive. Recently, a prestige staff/knobkerrie was sold at an auction ( STEPHAN WELZ AND CO.)  in South Africa:

The handle or haft is very solid and has a well-balanced feel to it. The bulbous top-end resembles a knobkerry with several brass tacks applied to it. This top-end seems to have undergone burns, otherwise, it remains solid. Similar axes have wirework around the shaft.

In untouched condition showing traces of burns perhaps from battle, chaps attesting to years of use /commensurate to age.