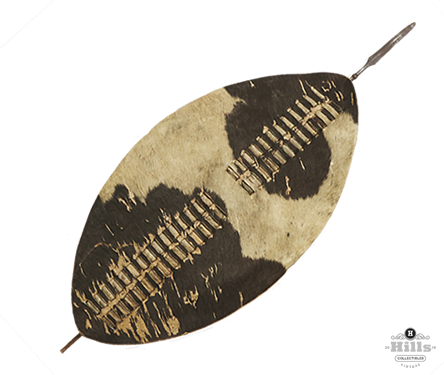 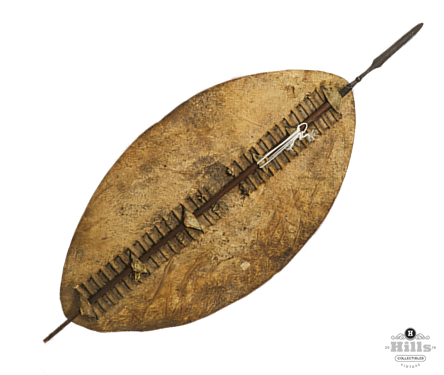 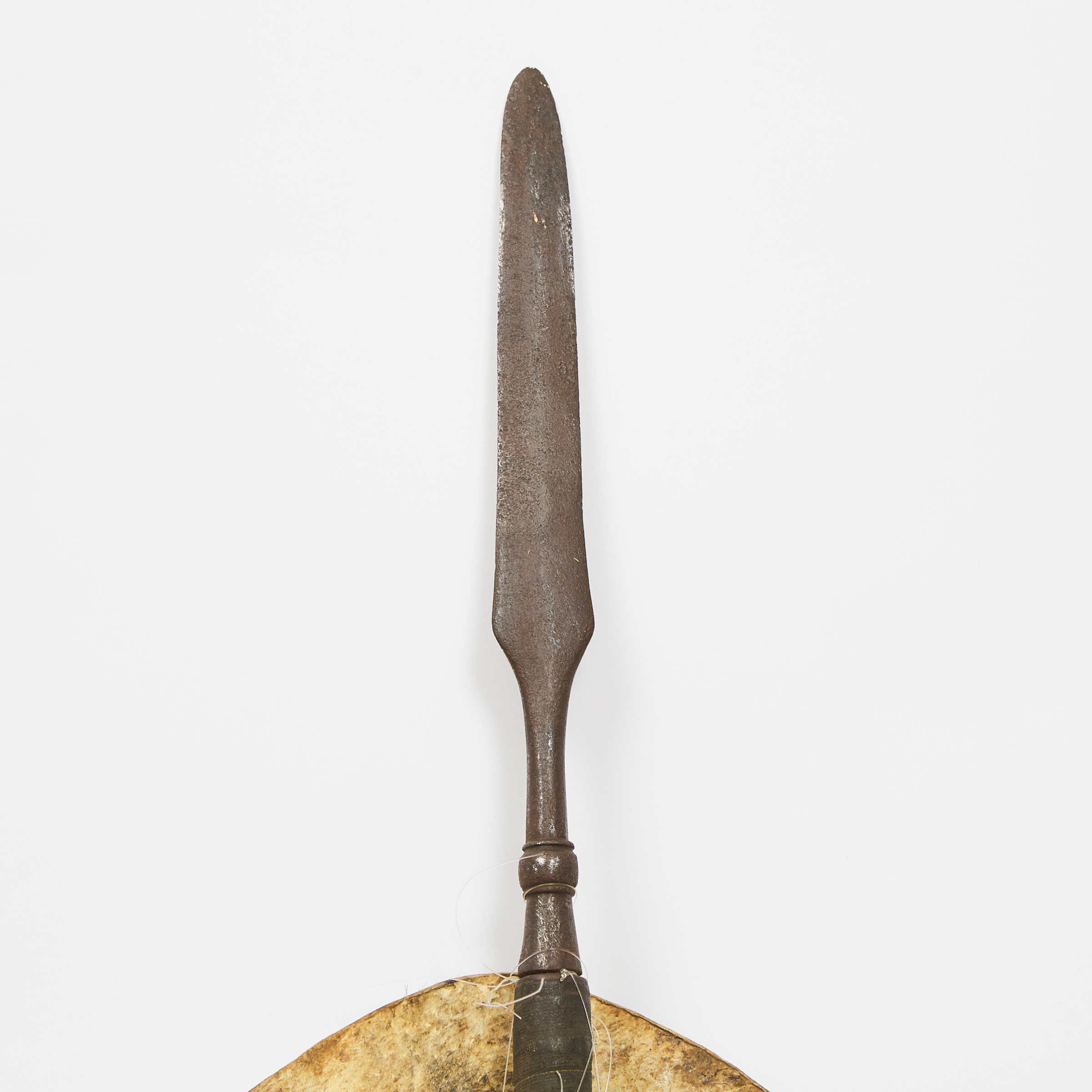 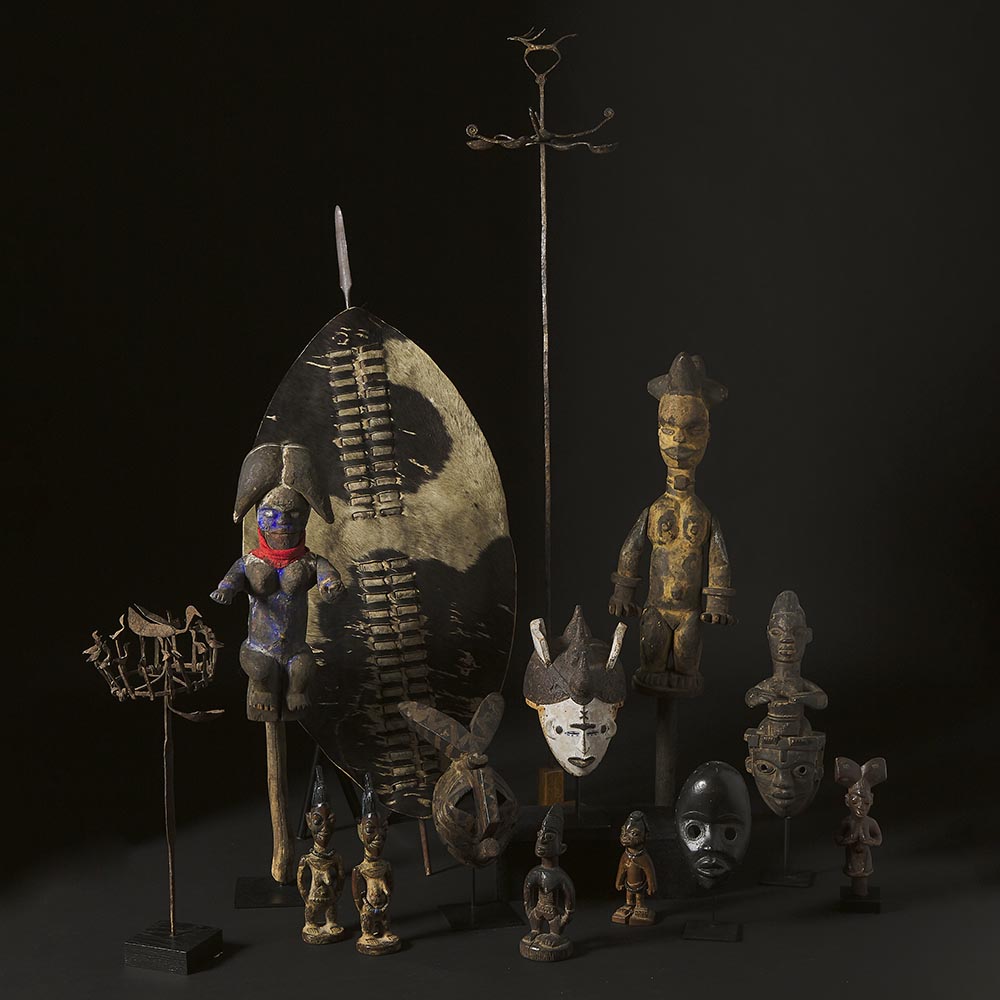 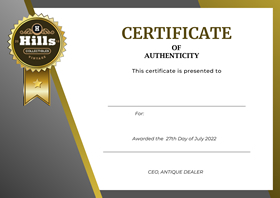 Zulu shields were originally used as personal armor protection during battle by Nguni tribes in southern Africa. The shields used before or early 19th century were generally small in size. The color variation were specifically chosen by the king. King Shaka Zulu introduced the larger shields which protected the warriors’ entire body as depicted below.  He also equipped his warriors with another famous invention: a short stabbing spear known as iklwa.  Together with new military tactics employed during battle such as the Cow Horn Formation, made the Zulu impi a formidable force to be reckoned with.

From Zulu-Boer wars 1838 (Battle of Blood River) to Anglo-Zulu wars (battles of Isandlwana and Rorke’s Drift), Zulu shields have played a key role as armor through 1879. Today, the Zulu shield has powerful symbolic meaning and representations. The Zulu shield is often used as military insignia to symbolize military prowess, on political party flags to represent political strength, . This essentially denotes power, law and justice. After the wars to the present day, Zulu shields found yet another important useful function in traditional ceremonies such as Weddings, Funerals and Festive Dance ceremonies.

This is a well crafted ihawu shield.  It is becoming more difficult to find an authentic 19th century ihawu like this.

The measurements of this cowhide shield display a height of 37.5 in — 95.3 cm

This ihawu is consistent to war shields used by regiments that protected the Zulu King. Please click the link to view a similar shield at the British Museum found at Cetshwayo kaMpande’s kraal.

The shield  is well preserved considering age and use. The center wooden shaft (umboko) seems to have been replaced with an unidentified 19th -20th century spear. There’s some loss to the hide, the double grip at the back, and rust accumulation on the spear tip and base of shaft is slightly worn. Please review pictures for a more complete representation of the condition. Contact us if you have any questions.